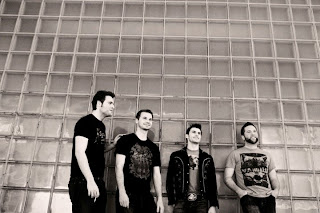 Last week I was in the studio adding some cello to the song "Woman" by MachineGun Mojo. It was a lot of fun. It is a rare occasion when bands give an outside musician free reign to do whatever she wants to their song. Some people jump at the chance. However, coming from a classically trained background, it has generally scared the crap out of me. You don't have sheet music? You want me to make up something? Terrifying.

Becoming more open to improvisation has been a difficult process. I envy the musicians who are able to play as if their instrument were an extension of their own bodies. The ease and comfortableness that comes to them so naturally has taken me years. And I'm still not all the way there, not even close. But things are beginning to click. Within the first listen of Brynn Mawr's song "Heartbreaking" the cello line came to me immediately. And in an hour it was recorded. A few listens of "Woman" and I had already figured the two separate cello tracks I wanted to record. I guess they aren't shitting you when they say the only way to get used to something strange is to keep doing it.

Six hours, five pizzas, and three cases of beer later we had successfully added the lush bottom lines that they needed. And yeah, those guys are awesome. They made me feel totally comfortable in the studio, and we had never even met before that night. There will probably be more cello added to this current project soon. Can't wait!
Posted by Katelyn at 12:31 PM

Promote Your Page Too